HOW TO PREVENT RODENT ELECTRICAL FIRES

Insurance companies, adjusters and other real estate professionals need to be aware of the destruction that rodents can cause. Rats and mice start fires by chewing on electrical wires causing millions of dollars of structure damage each year.

It has been estimated that rodents cause up to 20 percent of undetermined fires in the United States each year. As a professional fire investigator, I have investigated numerous fires over the years involving rodent infestation in everything from houses to cars to motorcycles and even lawn tractors. Mice and rats chew constantly because their teeth are always growing. They have incisor teeth that butt up against each other. They will chew through soft concrete, aluminum, wallboards, and plastic pipes. Field mice move undercover in the winter months and prefer to live near the warmth of electrical components.

Most standard homeowner insurance policies contain a number of exclusions, including insect and rodent infestation. Homeowners are expected to take care of their homes, businesses or structures and deal with maintenance issues on their own, at their own expense. However, most insurance companies will cover losses that result from an unexpected loss or hidden damage. This means that if a rat or mouse or other rodent chews into electrical wires which results in a fire, the insured should under most cases be covered providing that the rodent problem was not noticeable.

Another concern with rodents chewing through wires is electrocution and if the nest is next to a furnace, it can be ignited by the hot surface. Even after the insured has sustained a fire loss, make sure the structure is correctly boarded up as soon as possible, as this will discourage mice and rats from entering and causing additional damage.

While doing your structure inspection be aware that field mice and rats, when they move indoors during the winter, can jump a vertical distance of twelve inches from the floor onto an elevated surface. They can jump a height of eight feet down to the floor without injury. They can run horizontally along pipes, wires, and ropes. They are excellent climbers and can run up almost anything without breaking stride, even walls. In a six-month period one pair of mice can eat about four pounds of food and produce some eighteen thousand fecal droppings.

Rats can get into the structure through an opening of approximately one-half inch and mice through approximately a one-quarter inch hole. Your assessment of the risk must include the examination of the foundation, soffit and fascia for small holes. When you suspect a nest is present, never put your finger in the nest, use a pointer, rod or other items that enable you to inspect from a safe distance. If ever bitten, all bites must be treated by a doctor.

Most dwellings, even new construction, cannot be totally guaranteed to be rat or mice proof. But various safeguards can be used, which include but are not limited to, rodent insecticides, which predominately poison the rodents and cause death by internal bleeding. However, do not expect rats or mice to go out of their way to feed on bait, even though they do occasionally. Compared to rats, mice forage only a short distance from their nest- usually no more than 10 to 25 feet. The best idea is to locate the bait where it will be in the rodent’s normal line of travel.

Traps are also effective but they do require a lot more skill and labor. Some of these traps include snares, cage traps, and glue boards. When using a baited trap, remember that cheese is not a favorite food of mice or rats. They will eat it but there is a lot of other food that they prefer. Mice prefer cereal, grains, nuts, birdseed, dog food, and other related foods. Peanut butter is great to put on traps. The mice like it and will have trouble stealing it. During your risk assessment look for traps and poisons along with the remains and skeletons of rodents, this could be an indication of past or current infestation problems. It is also important to note that rats and mice do not need a great deal of water since they get it from the food they eat.

Carry a small portable black light during the inspection to help assess the extent of mice and rat infestation, their urine will glow fluorescent in color.

There are some beneficial aspects of mice and rats since they provide an essential food source for owls, hawks, and other predatory birds and animals. Mice and rats are also consumers of weeds and insects but their diet consists of just about anything. 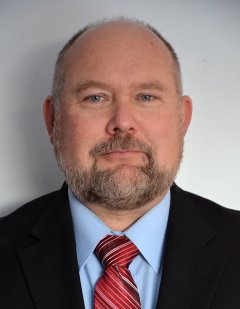